So the way VC funds do accounting and valuations is … weird.  Most VC funds “mark-up” their investments to the price of the last round and … just sort of leave it there.  If things go really bad, sometimes they’ll lower the valuation.  And if it goes to $0, of course, they have to write it off.  But they generally have a lot of lattitude on when to continue to carry an investment at the last round price.

This can create all types of different VC sentiment today.  Some VCs still feel like geniuses if they had big mark-ups in 2021.  Others are more worried.  And at hedge funds, PE firms and the very largest funds … they actually have to take mark-downs.

Like Tiger Global.  Tiger does more than startup investments, but that segment of its portfolio is voracious.  It was one of the top investors in velocity and dollars over the past several years, and still in Q1’22.

And since they are so big, and have so many public holdings, they do have to take mark-downs.  And so Tiger did in Q1.  Down 34%, per Bloomberg.

Now that’s for all of Tiger Global, and a lot of the exposure it due to China, which is less relevant to most tech startups.  And to be clear, this is following 2+ insane years of returns.  And according to Bloomberg, “Tiger’s Private Investment Partners funds — which take non-controlling stakes in startups — have returned 27% annually on average. Last year, those funds gained 54% and returned $4 billion to investors, according to a person familiar with the matter”

And Tiger just closed it’s 15th PIP Venture Fund with a cool $12.7 Billion.  Average all the years above, and you still have incredible returns.  Enough to earn another $12.7 Billion to invest.

It’s a vivid reminder of the pain many tech investors went through in Q1’22 and are going through now.  Many of them can hide from it more than Tiger, not take mark-ups, and/or just wait.  Especially seed funds sometimes feel abstracted away from the public markets.  Tiger and other mega-PE funds aren’t and can’t be.   But with every VC fund, a rough Q1 is still there.  Your VCs probably are down 34% in Q1, too.  Even if their financials don’t quite state it.

Tiger Global Was Down 34% in Q1. Probably Your VCs Were, Too. originally appeared on SaaStr.com 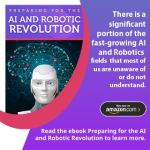 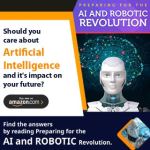