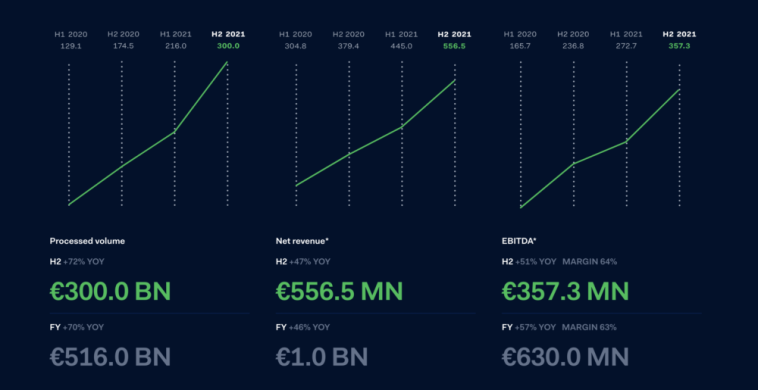 So in the Boom Times of later 2020 and 2021, almost every VC pushed SaaS companies to at least become a little bit of a fintech.  Why?  It seemed such an easy way to bolt on more revenue to an underlying SaaS platform.  And indeed, sometimes it can be.  Shopify now gets 2x the revenue from payments and merchant services than it does from SaaS subcriptions.

But here’s the thing:  it’s often not a free lunch.  You pay in the gross margins.

This isn’t to say SaaS is always wildly profitable.  Especially if you spend 50% of your revenue on Sales & Marketing, it can take many years to really get profitable in SaaS.  But those high gross margins eventually can make you insanely profitable.  Even if often takes until $200m, $500m, $1B in ARR to get there. 🙂

And Fintech when you really hit it can be incredible profitable.  Look at Adyen.  It processed $300+ Billion in transactions in the first half of the year.  That led to $556m in net revenue (a very small % of that $300 Billion).  But what they did take, was very profitable.  More than half went to the bottom line: $357 million — wow!

So while Fintech may need massive amounts of transactions to process, and have lower gross margins than SaaS, done right it’s a thing of beauty.  So it makes sense bolting on payments to SaaS can be attractive.

And now let’s look at a few that combine SaaS + Payments:

As you can see, the revenue goes up, but the Gross Margins fall.  So it’s not that simple.   Paying Stripe and others half or more of the revenue from the relatively slim take you may make on payments can really drag down your margins.

In software, basically, the gross margin costs are running some servers and customer support.  But in fintech and payments, the costs are usually much higher (though it varies).

And some folks have done it the harder way.  Bill.com waited until its IPO to really build out its payments network, and it did it the hard way — by doing it itself internally.  It’s been rewarded with 78% gross margins.  More on why they did it this way in my deep dive with CEO Rene LaCerte here:

Also important to note is that Bill’s NRR went way up once they added payments.  So if you do payments right, they can make your app a lot more valuable to your customers, and stickier.

The point is just that adding payments and fintech to SaaS isn’t necessarily magic.  You have to make sure your blended gross margins are still software-like, ideally still 70%+.  If you fall below that, you really don’t deserve that SaaS revenue multiple and valuation.

Which many folks got in the Boom Times of 2021.   They got a pass on all revenue being equal.  That they’ve now mostly lost.

At least, be cognizant that Payments + SaaS isn’t a free lunch.  Ditto hardware + SaaS, or even all 3 together like Toast.  You have to take into account the costs, both soft costs and hard costs in lower margins.  Do it for the right reasons.  It worked amazingly for Bill.com.  But others have done just fine sticking to their knitting.

Adding Payments and Fintech to SaaS Can Be Great. But You Gotta Watch the Margins. originally appeared on SaaStr.com 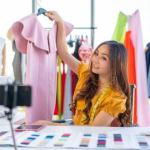 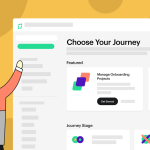